He is survived by his spouse, Joyce Gage Pickens; two daughters, Barbara Tozzano of Texarkana, Arkansas and Katy Pickens of De Queen; one son and daughter-in-regulation, David Pickens and Angie Sunderman of North Little Rock, Arkansas; one grandson, Mark Tozzano; and numerous nieces and nephews. Mr. Paul Edward Churchman, age ninety two, a resident of Forest, Mississippi, died Saturday, September 01, 2018, in Richland, Mississippi. Steven was preceded in demise by his father, David Earl Miller; and his grandparents, William Miller and Jimmy and Helen Wray. He was preceded in demise by his spouse, Janice Reitenbaugh and a son, John Schuetz. He is survived by his wife of 35 years, Joyce; six daughters, Christie Cooper of Norman, Oklahoma, Cathryn Gilbert of Rogers, Arkansas, Margaret Cooper of Austin, Texas, Dena Veuleman of Texarkana, Arkansas, Sonja Meazell of Lindale, Texas, and Chrystal Cogburn of Ft.

She stayed with the NPS until her last retirement in 1993. Her Funeral Service shall be held on Friday, November eighth, at eleven A.M.

She was a member of the Asamblea Apostolica de la fe en Cristo Jesus in De Queen. She was retired from Tyson Foods with 17 years service, in addition to a homemaker. She enjoyed crops, pets, Christian music, yard gross sales, studying her Bible, singing in Church, and Loopring price LRC history she cherished the time spent together with her grandchildren. Charles Dewayne Currington, 85, of DeQueen passed away Wednesday, October 10, 2018. In additions to his parents, one sister, Sherry Newton preceded him in demise.

Mildred is survived by her son, Richard A. Zielke, of Essington, Pa.; a sister, Mary E. Hall and a brother, Howard Edgar, both of Newport, OH, and several nieces and nephews. He is survived by his mother Rose Crowley (Salerno), brother Douglas (Lisa), sister Bernadette Bellino, and he is predeceased by sisters Denise and Linda.

Beloved by many nieces and nephews and loving aunts, uncles, and cousins. George is survived by his daughter, Jennifer; his son, Brian; and grandsons, Lucas, Jason, and Zander; as well as his brother, Jack. Theresa Elizabeth Hyett, 88 of Secane, Pennsylvania, handed away peacefully on May 7, 2019 at West Chester Hospice.

Randy Pell and Joy Pell Cruse are surviving nephew and niece. Melvin and Haidee Chandler additionally became part of the household after they grew to become Loyd’s caregivers earlier in the 12 months. Jorge was preceded in dying by his paternal grandfather, Alejo Martinez and maternal grandfather, Floriano Vargas.

He loved the Lord and was a member of the De Queen Church of Christ. He was an X-Ray Technician for the De Queen Medical Center and was later an Engineer for D&E TO&E, having 30 years service. He married the love of his life, Patricia Faye Roberson, on March 22, 1979, in De Queen, Arkansas. He loved Cryptocurrency to fish, backyard, play Bluegrass music on the guitar, but most of all, he cherished the time spent together with his kids and grandchildren.

He was a superintendent at Guardian Energy Services and a member of the Old Union Missionary Baptist Church in Lockesburg. John John loved searching, golf, poker, and taking part in within the mud. He also enjoyed the Nebraska Huskers, Green Bay Packers, Arkansas Razorbacks “Razerbaks”, particularly Decentralization calling the Hogs. He is preceded in demise by his wife, Deborah; dad and mom, Calvin and Delores Nevels; sister, Shirley Jones. He was born to Gerald Duard and Pearlene Green James on August 9, 1947, at the household’s residence in Horatio. 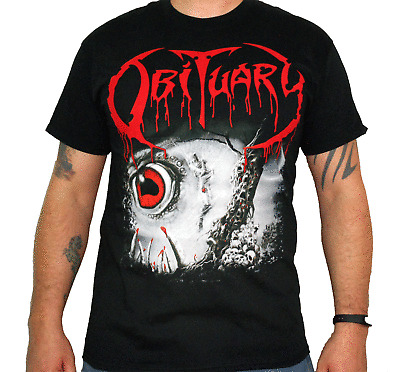 He is survived by two sisters, Lucille Dirickson of Horatio, Arkansas, and Louise Stinnett of Texarkana, Arkansas; in addition to, numerous nieces, nephews, different relative and friends. She was born on February 17, 1949 in Juventino Rosas Guanajuato, Mexico, to Cayetano Arellano and Catalina Zarate.

Following the warfare, Alfred and Alfreda, together with their younger daughter Elisabeth, traveled to the United States aboard the RMS Queen Mary, as was typical of other warfare brides during the era. She is survived by her daughters, Deborah Gallagher, Susanne Christopher, and Cynthia Donato; her eleven grandchildren; and her six great-grandchildren. He is survived by his brothers John H. Dougherty, III and Thomas A. Darlington, II; sister-in-law Liz Darlington; and nephews Thomas and Gavin. He can be survived by Juno, Panther, Stewie, Sniffles, and Barbie, his beloved cats whom he beloved very much.

She helped these in need offering them a hand up and encouragement. We could be remiss if we didn’t say sometimes Helen had a streak of stubbornness and oneryness- but that was Helen, and despite those traits or perhaps because of them we liked her. Her loyalty, caring, compassion and love for us more than showed us what was really in her coronary heart. She is survived by two grandsons, Kristofer and his wife Amanda Mohr of Ft.

Relatives and associates are invited to his Funeral Service on Saturday, January eleventh, at 11 A.M. at St. Stephen’s Episcopal Church, 128 Chester Pike in Norwood, Pa. 19074. He is predeceased by his loving wife, Margaret McGrory (nee Schikel); his sister, Susan Zambriczki; and brothers, Patrick and James McGrory.

Theresa was the daughter of Mary and Alfred Hyett of Lydney, Gloucestershire, England. She moved to the United States to stay together with her sister, Alfreda Anderson, husband Alfred Anderson and daughter, Elisabeth, till she obtained training in secretarial abilities. Her first employment was with the Rohm and Hass Company, now Dow Chemical Company. She retired early from the corporate and took an govt secretary place with the National Park Service in Philadelphia. Charles was Manager of Baldwin and had a Bachelor Degree in Electrical Engineering and served within the Army. She is survived by three daughters and two sons-in-law, Dena and Dennis Mercer of Duncanville, Texas, Judy Hoofman of Euless, Texas, and Karen and John Davidsaver of Mountain Home, Arkansas; one son and daughter-in-legislation, John C. and Marylynn King of Damascus, Maryland; eight grandchildren, Matt Mercer, Clint Woodall, Josh Mercer, Jenny Mercer, John Hoofman, Sam Clay, Natalie King, and Julie Ana King; 12 great grandchildren; and a number of nieces and nephews.